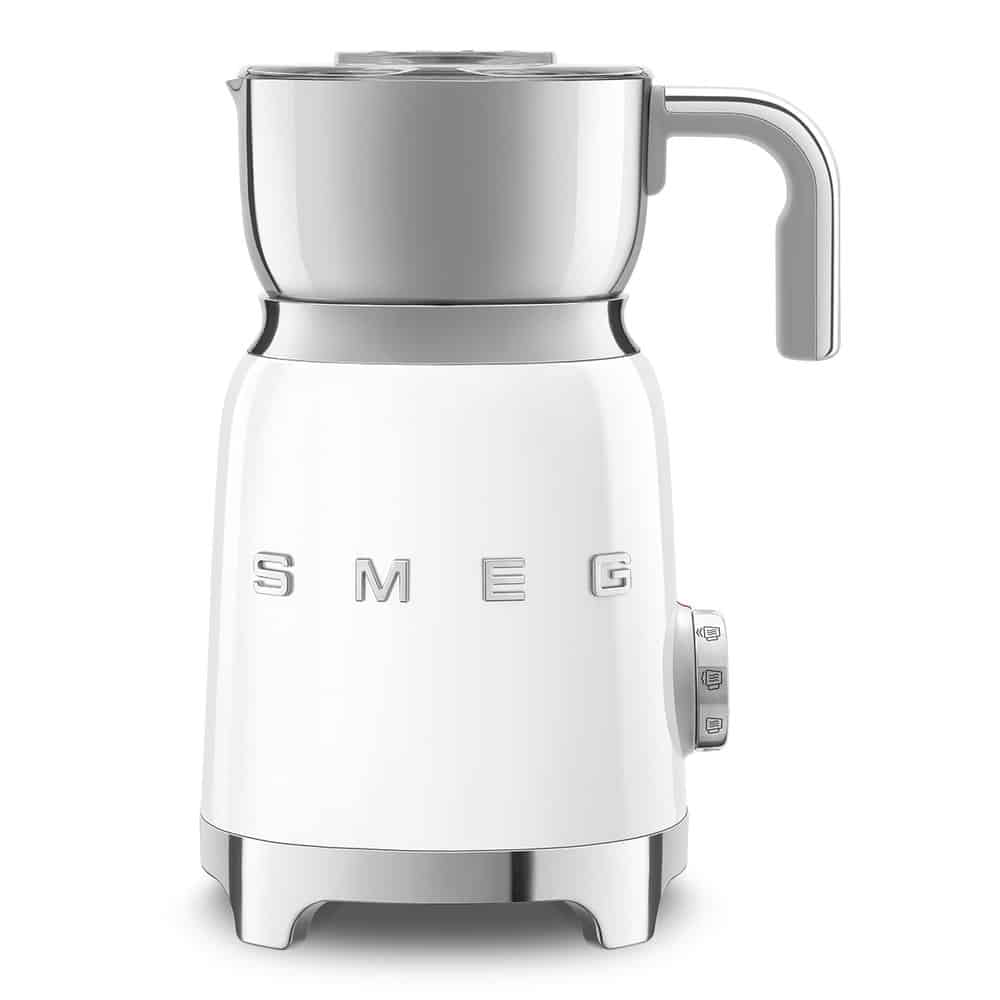 What Is A Milk Frother?

The Smeg milk frother has an insta-worthy design. It is a stunning milk frother featuring Smeg’s 1950s retro style. It even won the good design award in 2019! It comes in an array of pastel and bright colors, making it ideal for those wanting to showcase a color scheme in their kitchen. But note, it is rather large for a milk frother, so it will take up a decent amount of counter space.

As is typical of Smeg appliances, it has an exceptional build quality. Most of the body is composed of durable stainless steel finished with a glossy color. The lid is made from high-quality plastic and has an integrated measuring cup for adding flavorings. The frothing jug is made of stainless steel with a tip for easy pouring. The Smeg milk frother uses induction to heat the milk and has two frothing whisks to either foam or heat the milk.

Smeg has included some thoughtful design aspects into the build, including a built-in cord wrap around the bottom and magnetic frothing whisks that clip easily into place. You can tell just from looking at it that the Smeg milk frother has been carefully crafted to be both stylish and functional. 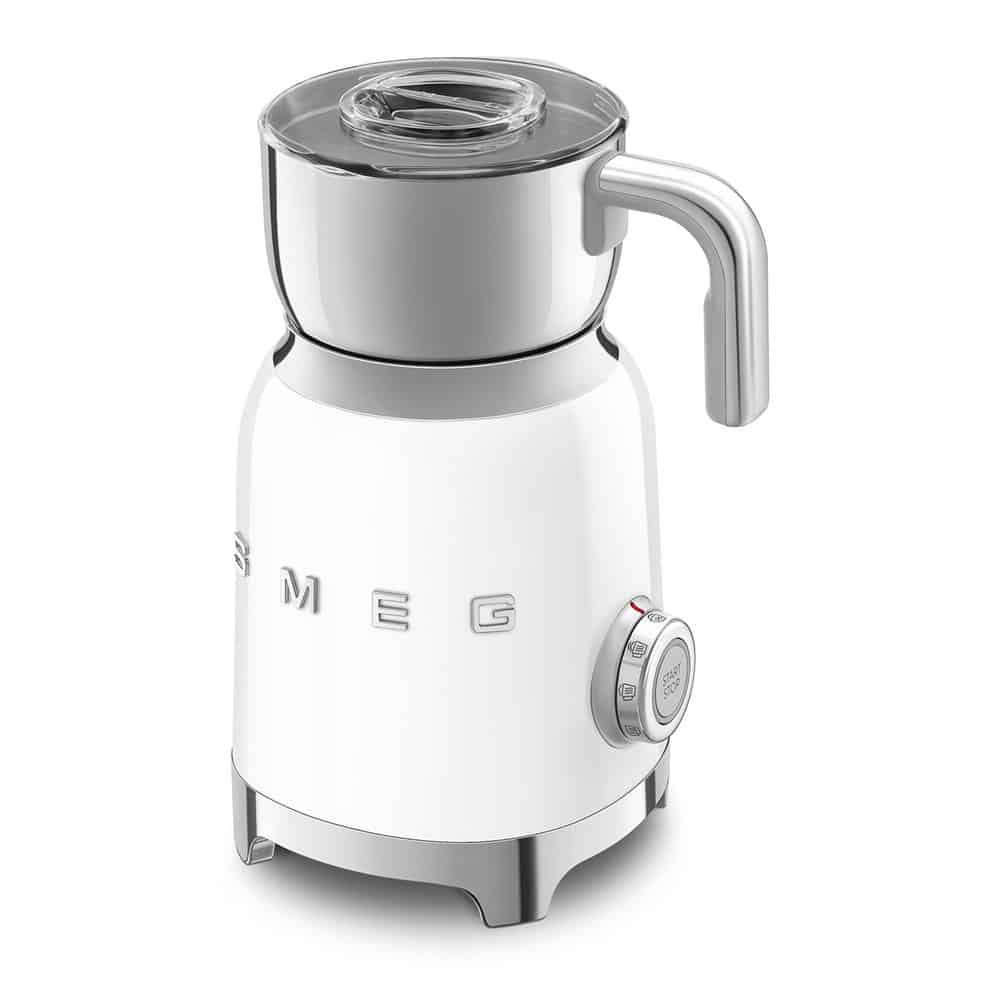 The Smeg milk frother is very straightforward to use and creates hot or cold frothy milk in minutes. As mentioned above, it comes with two frothing whisks; a smooth one for heated milk or a notched one for frothy milk. Once you have selected your whisk, you fill the jug with milk. There are markings on the side to indicate the minimum and maximum levels for both frothing and heating. The Smeg milk frother can froth up to 250ml or 8.5oz of milk or heat up to 600ml or 20oz. 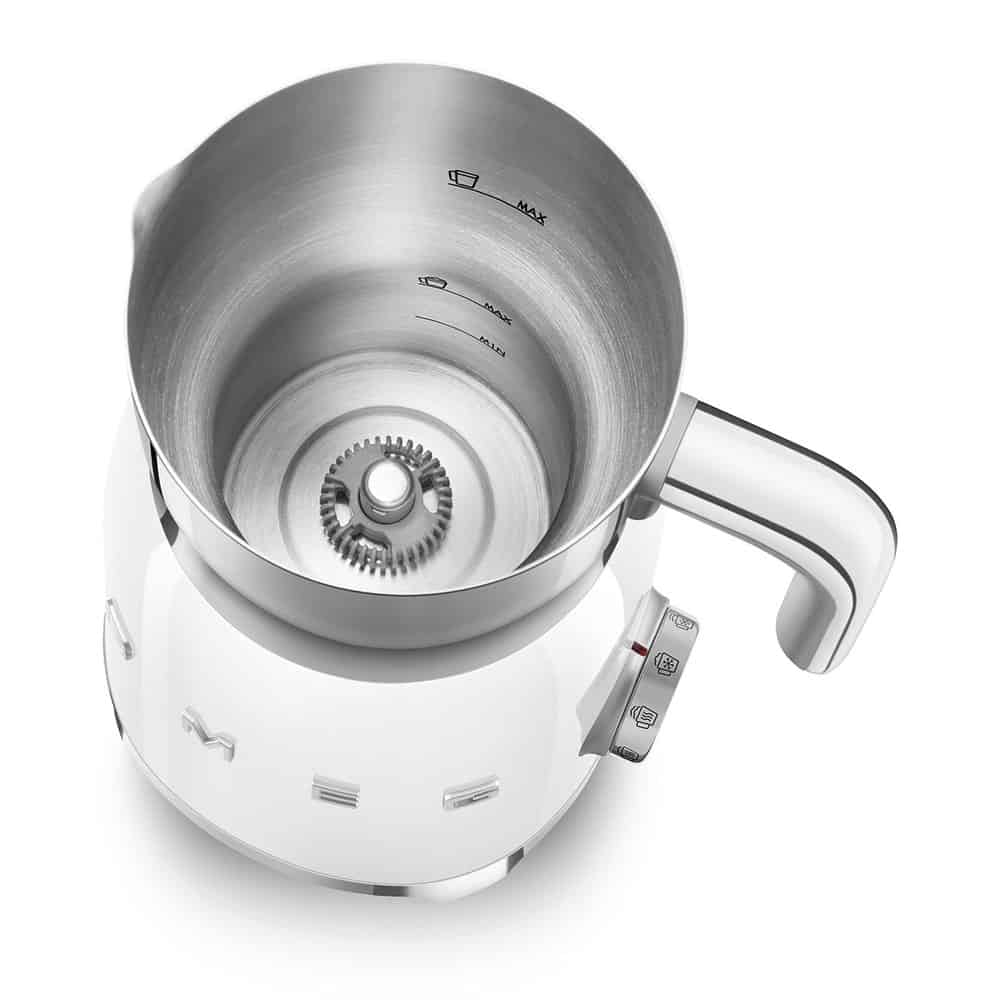 There are seven different programs you can select from a dial at the front of the milk frother:

Once you have selected your program, you push the start button, and you are away laughing. The Smeg milk frother takes around 3 minutes to prepare hot frothy milk, which is pretty standard. The various programs mean the Smeg milk frother can create coffees, chai lattes, hot chocolates, or even milkshakes.

The Smeg milk frother produces thick, luscious froth that is smooth and velvety. Like most milk frothers, the froth produced is not microfoam, so it doesn’t incorporate all that well into espresso. However, it works well for hot chocolates or chai lattes, as you can add flavorings directly into the milk frother. The Smeg milk frother has no temperature control, but if you like your beverages extra hot, you could use it on the manual function and leave it running a little longer. Additionally, it can produce cold froth, allowing you to create beverages in summer like an iced coffee or milkshake. The Smeg milk frother also performs well with alternative milks, still able to produce thick froth.

Cleaning the Smeg milk frother is really a breeze. The metal jug, whisk, and plastic lid are all dishwasher safe, so go straight in there. Other than that, you may occasionally need to clean the base with a damp cloth, but that is it.

Who is the Smeg Milk Frother For?

The Breville Milk Cafe is the other leading contender, and we must admit it has a lot going for it. The Breville Milk Cafe produces slightly higher quality froth- it has two frothing disks to produce either smooth latte foam or thick cappuccino foam. It has a similar design to the Smeg milk frother but is only available in stainless steel. Where it really comes into its own is in the customization available. It allows you to customize both temperature and quantity of foam produced, and it has a massive capacity of 3 cups. Additionally, it is also almost half the price of the Smeg.

The Smeg Milk Frother is a quality appliance that can produce thick and luscious froth. However, it does come with a high price tag. Is it the best milk frother on the market? Probably not. You are paying a premium for the Smeg brand- the iconic design, quality build, and stunning colors associated with it. So whether or not the iconic design is worth the extra dollars is up to you. Either way, it is a solid option if you are looking for a milk frother- just a little pricey. 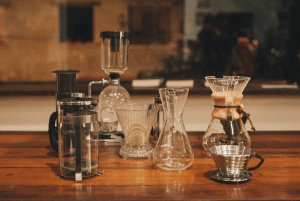 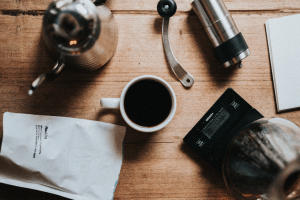 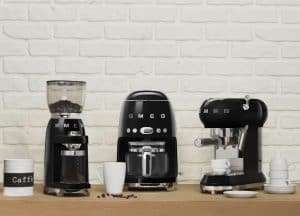