The La Marzocco Linea Mini is every home barista’s dream machine. At the heart of this beast of a machine is the desire for a commercial quality espresso machine designed for a domestic setting. And not just ‘commercial quality’ as a nice catchphrase to help sales, but literally components and functionality that would be acceptable in a specialty coffee cafe.

This is the coffee machine for the home barista who is discontented with anything but the best. It isn’t cheap, in fact it may cost more than your car, but you know where your money is going. The Linea Mini is designed for a rather narrow niche of people who know the ins and outs of espresso but can’t fit a full size Linea or commercial espresso machine in their kitchen. 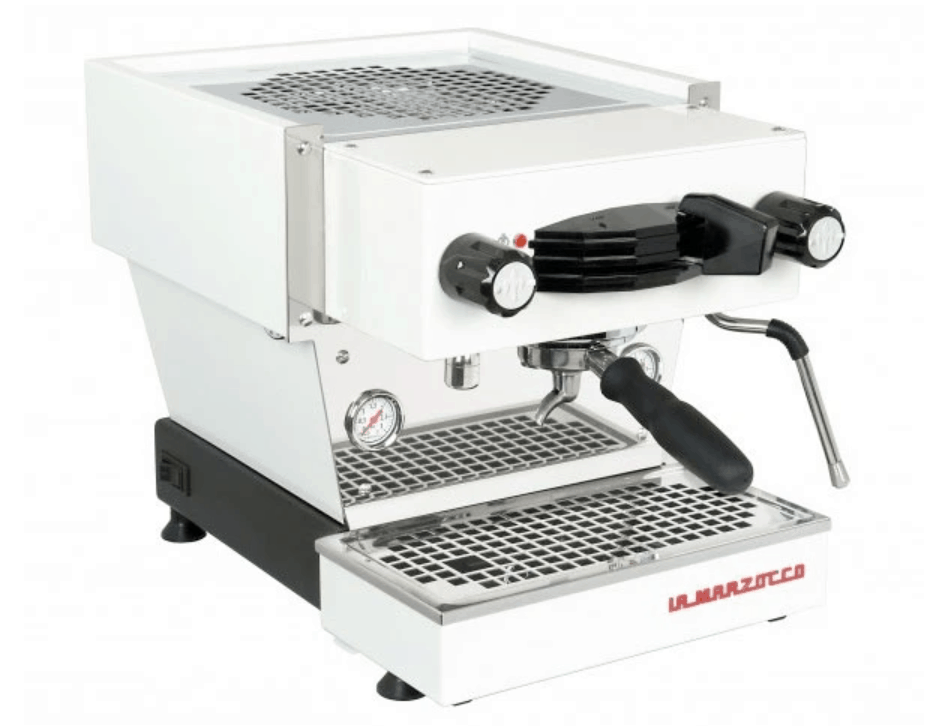 The Linea Mini comes equipped with dual boilers, an integrated brew group, PID temperature control, and a stem wand that may even beat the one at your local cafe. The Linea Mini was upgraded in 2020 so that it now includes IOT connectivity for both Apple and Android.

In this section we will outline key features of the La Marzocco Linea Mini. We won’t deal with every feature or component but instead the most noteworthy.

If the Linea Mini has made a name for itself in anything, it is in the unquestionable quality of the steaming wand. This steam wand is the same one that was found on the original La Marzocco Linea and packs a punch. Again, it is literally commercial quality.

Part of the difference between home espresso machines and commercial machines is in this very thing. Home espresso machines tend to have fairly weak pressure coming through the steam wand. This is generally an advantage as it makes a fairly gentle introduction to steaming milk. On a home machine, the milk can easily take 30-45 seconds to steam and heat.

By contrast, commercial steam wands are made so that multiple coffees can be pumped out quickly and so will take closer to 10-15 seconds. This makes them fairly unforgiving but produces far better textured milk. If you are a barista then you won’t notice a difference between the quality and pressure of your steam wand in the machine you use at work and the Linea Mini. It is actually that good.

In fact it has often been suggested that this is a superb machine for training for latte art competitions. The other good thing about this steam wand is the continuity in pressure. There are some steam wands that begin to lose pressure when used continuously for a lengthy period of time. Not so the Linea Mini. This makes it ideal for coffee carts of event use where its reliability will allow you to pump out the coffees for hours on end. 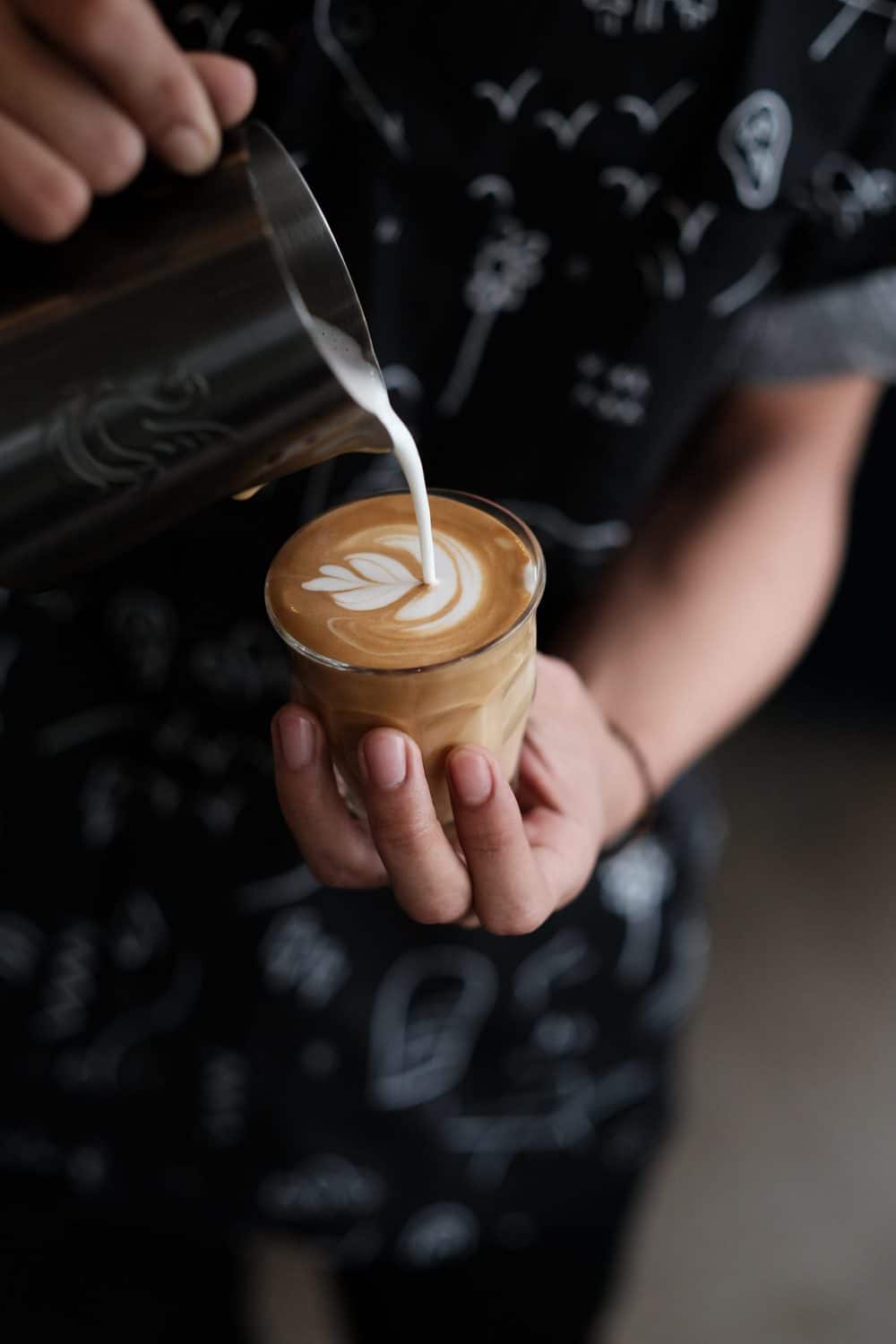 Another area where domestic machines usually fall on their face is in terms of pressure and temperature. The La Marzocco Linea Mini comes with an integrated brew group that is attached directly to the brew boiler. Basically what this means is that there is minimal distance from the boiler to the portafilter and so minimal possibility of temperature reduction. This feature is of particular importance for optimal extraction.

The Linea Mini also comes with a PID temperature controller that is incredibly accurate, if irritating at times to use. The temperature is adjusted by means of a temperature dial on the side of the espresso machine. This allows the user to alter the temperature anywhere between 185 and 200 degrees Fahrenheit depending on the roast and flavor profile of the given beans. The dial is stepped at roughly 0.3 F increments. Consequently, to adjust the temperature you move the dial, pull and taste the shot and then continue to fine tune until you hit your target profile.

This dial has been a matter of some discontent among users. While it is functional it is somewhat finicky, and can be hard to access if the espresso machine is up against a wall. This discontent has been partially mollified by the recent IOT connectivity which allows temperature control from the app, however as we will see, it is not without its frustrations.

Brew pressure is also very stable but some home baristas may be disappointed by the lack of control over pressure. While it has a brew paddle, this doesn’t control pressure but instead is simply a glorified switch which admittedly does look pretty amazing. This differs for example from the Slayer where the brew paddle allows you to manually control and alter the pressure throughout the shot.

It is possible to alter the pressure on the Linea Mini, but this does require removing the top of the machine and using a screwdriver to turn a screw that sits beside the PID wheel.

One of the trickiest aspects of seeking to design a commercial grade espresso machine with a small footprint is fitting everything in. There is a reason that most commercial machines are big, and that is that there are a lot of fairly large components that need to fit in.

Part of what allows the La Marzocco Linea Mini to fit in a normal kitchen is the respective boiler sizes and arrangement. The Linea Mini has one large (3 litre) boiler for steam and hot water distribution, and a smaller (170ml) flash boiler exclusively for pulling shots. The 170ml is more than large enough for even longer shots and means that the espresso machine is warmed up and ready to go faster than many of its commercial counterparts. 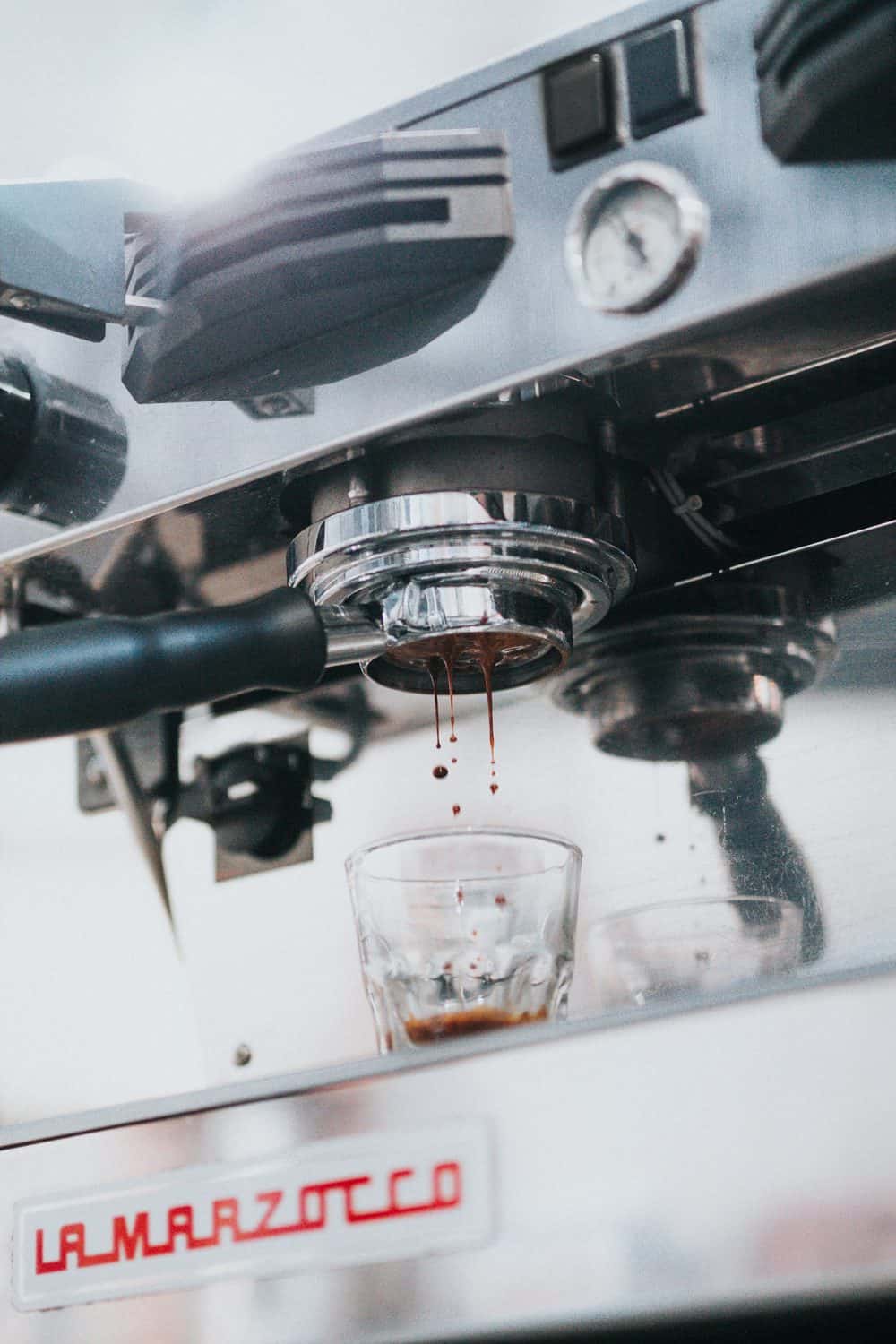 As of 2020, La Marzocco released a new and upgraded version of the Linea Mini. In contrast to some of their earlier upgrades. which were more cosmetic in nature, this new model came with some significant changes. The two most important aspects of the update were the new cool touch steam wand, and IOT capability; aka you can now connect to the La Marzocco Linea Mini with an app from your phone.

This IOT capability is an increasing trend in the specialty coffee world with scales such as the Acaia Pearl, and kettles such as the Fellow Stagg EKG+ similarly allowing app interaction.

Some users have found it tricky initially to connect their phones to the app. Both the phone and the Linea Mini need to be connected to the same Wifi. However, this troubleshooting does tend to be more around the retrofitted versions. Once connected, you need to register and then you are good to go.

There seems to be three main aspects of the app that users have very positive feedback. The first is the option to remotely turn on the Linea Mini. This is helpful in making it that step easier to preheat. Wake up, turn on the espresso machine on the app, have your shower, and your Linea Mini will be good to go. You can also set a timer for the machine to turn on at a specific time each day to fit your routine.

The second aspect is the ability to set pre-infusion/pre-brewing times. When you get your La Marzocco Linea Mini, it will be preset to have a 1s pre-brewing time. This isn’t technically pre-infusion as the water is at the full 9 bars of pressure, however it forms the same function of helping to avoid channeling and encourage optimal extraction. With the app you can now alter how long this stage lasts.

However, overall the consensus seems to have been overwhelmingly positive towards the app. While it is not without its frustrations, it has some genuinely helpful features and one hopes that La Marzocco will only develop this capability over time.

What will appeal most to some people about the Linea Mini is the quality of the components used. This is the real reason that this is an expensive espresso machine for a home setting; because La Marzocco hasn’t cut any corners in the manufacturing. It is not mass produced in China, but instead each part is constructed in Italy.

It uses the exact same parts as it’s namesake the Linea Classic and so retains a commercial feel and quality. This extends from its boilers to the shower screen, three way solenoid valve, and drip tray. The Linea Mini is an espresso machine built to last. Built to deal with commercial use over a long period of time.

In addition, the various serviceable parts and components can be easily bought and replaced. Quite simply the Linea Mini is a beast that deals well with heavy traffic, rough use, and all you can throw at it.

Another aspect of the La Marzocco Linea Mini that we would be remiss to overlook is the look of this espresso machine. The simple fact is that when you are paying this much for a piece of coffee kit, you had better like what it looks like.

It seems that the best way to describe the aesthetic appeal of the Linea Mini is timeless. It is certainly not futuristic or sleek, but neither does it look old and outdated. Instead, it already looks simply like a classic.

It really is a beautiful espresso machine and the different colors available only add to this. Also if you are really into it, you can even purchase a wooden customization kit that is available here.

La Marzocco Linea Mini – Who should buy it?

So as we come to a close, who is the Linea Mini for? Who should fork out the cash to buy an espresso machine of this calibre?

Well to start with, it is easiest to say who shouldn’t buy it. And that is primarily the espresso lover just beginning his journey. The Linea Mini is really designed for those who are already familiar and skilled at making espresso. So if you are just learning, then this isn’t the machine to learn on. It is expensive and unforgiving.

The second group of people who shouldn’t buy it are those who love the highly technical side of espresso. If you love controlling brew pressure, tracking flow rates, regularly altering boiler temperature then this probably isn’t for you. You would be better off with its older brother the GS3 or the decent espresso machine.

If well used the La Marzocco Linea Mini can pull an exceptional shot, steam near-perfect milk, and last a lifetime. If you think that is worth the money for this espresso machine, then this is probably the right one for you. This is one purchase that will hurt the wallet, but I can almost guarantee you will not regret. 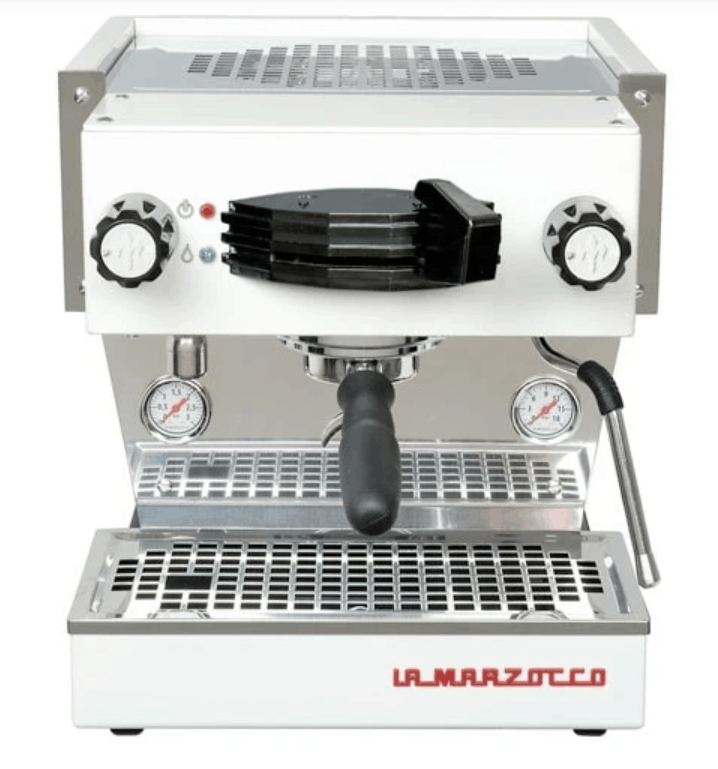 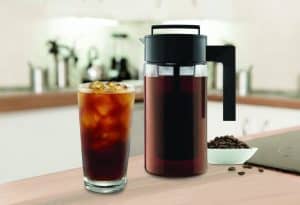 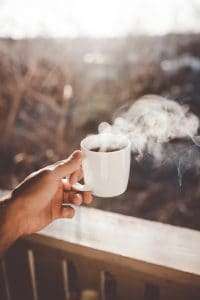