As a newbie worm farmer, I have invested significant time investigating the question ‘do worms like coffee grounds?’

I love coffee and consume copious amounts of it and often feel somewhat guilty about the amount of waste this passion produces. And so, the concept of being able to compost it via the worm farm is highly appealing.

The short answer is yes, worms like coffee grounds.

Just like you, they enjoy the flavor as well as the texture of used coffee grounds. This is amply confirmed by anecdotal evidence from a range of worm farmers and more technical arguments.

As an organic, worms eat used coffee grounds and often have quite the appetite for it.

However, all things in moderation, as it used to be said. Too much ground coffee can negatively impact the growth, maintenance, and effectiveness of your worm farm.

To understand both why worms like coffee grounds and why moderation is needed, we need to get a little more specific and technical.

Coffee grounds impact your worm farm and population in a range of ways. These effects are both positive and negative.

As you can see, there is a bit of a love-hate relationship between worm farmers and coffee grounds. On the one hand, worms like coffee grounds and the gritty size and texture is beneficial for the worms.

Similarly, the nutrients in coffee beans are great for the vermicompost produced. In fact, there have even been researched academic studies showing that the addition of coffee grounds enhances the quality of the worm castings produced (1).

However, too much and you can dry out the worm farm, spike the pH level, or cause a detrimental rise in temperature. So do worms like coffee grounds? Yes, absolutely, but too much can be harmful to them.

How much coffee grounds for Worms?

So the question becomes, how much coffee grounds should you add to your worm farm? And the answer depends on a range of factors; how many worms you have, what size your worm bin is, and what other foods you add.

However, as a general rule, make sure that coffee grounds do not form more than 25% of the worms’ diet. So every time I add other foods to the worm farm, I will usually mix them with some coffee grounds for the reasons adduced above.

I would not advocate picking up coffee grounds from your local cafe in a domestic closed system (that is a plastic worm farm). This can work well for midsize to large commercial worm farms but is excessive and more likely to do harm than good in a home setting.

A few tips are helpful to be aware of if you intend on making coffee grounds a regular part of the worms’ diet.

In summary, yes, worms like coffee grounds and consume them happily.

Positively, the coffee grounds hold water, are a great size and texture for worms, are a natural pesticide, and enhance the quality of the castings produced. Negatively, if used in excess, they can heat the worm farm and kill worms, increase the pH level, and dry out the worm farm.

So should you feed your worms coffee grounds? Yes, absolutely, just do it in moderation, and you will be fine. Mix in with other foods; make sure you put them in wet, not dry, and your worms will love you for it. 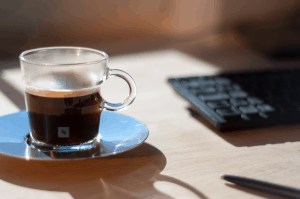 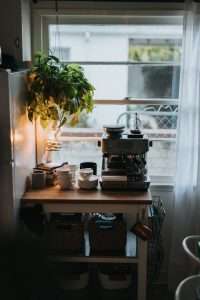 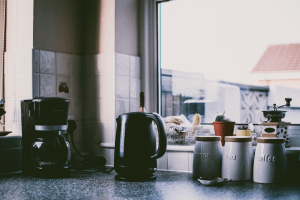