In recent years, we have seen a comeback for the manual espresso machine, with espresso enthusiasts loving the control they allow over every aspect of the brewing process. The Cafelat Robot is one of the front – runners in the competition, so we will take an in-depth look at it to see how it fares.

The Cafelat Robot is a manual espresso machine that can pull a mean shot of espresso. With the caveat that this depends on both the skill of the operator and the quality of the grinder used. Overall the Cafelat Robot has a beautiful and well-built design and is relatively straightforward to use.

Why Buy A Manual Espresso Machine?

Manual espresso machines are loved by the traditionalists out there- they were the original way of brewing espresso. They generally have beautiful aesthetics and allow for a high level of customization. The user can fine-tune every detail in the brewing process from grind size, temperature, tamp, pressure, and length of extraction. These machines take the art of manual brewing to the next level and offer great satisfaction once you have mastered it. Manual espresso machines also (debatably) can produce the best-tasting espresso. So if you are a coffee geek and love the art of brewing, a manual espresso machine should at least be on your radar.

Cafelat is a well-known brand in the coffee industry, most commonly known for its espresso accessories, knock boxes, tamping mats, and spare parts. Paul Pratt is the mastermind behind the brand- and he certainly knows his way around an espresso machine! In 2015 he began developing a new product, a manual lever espresso machine, and in 2018 the Cafelat Robot was launched. 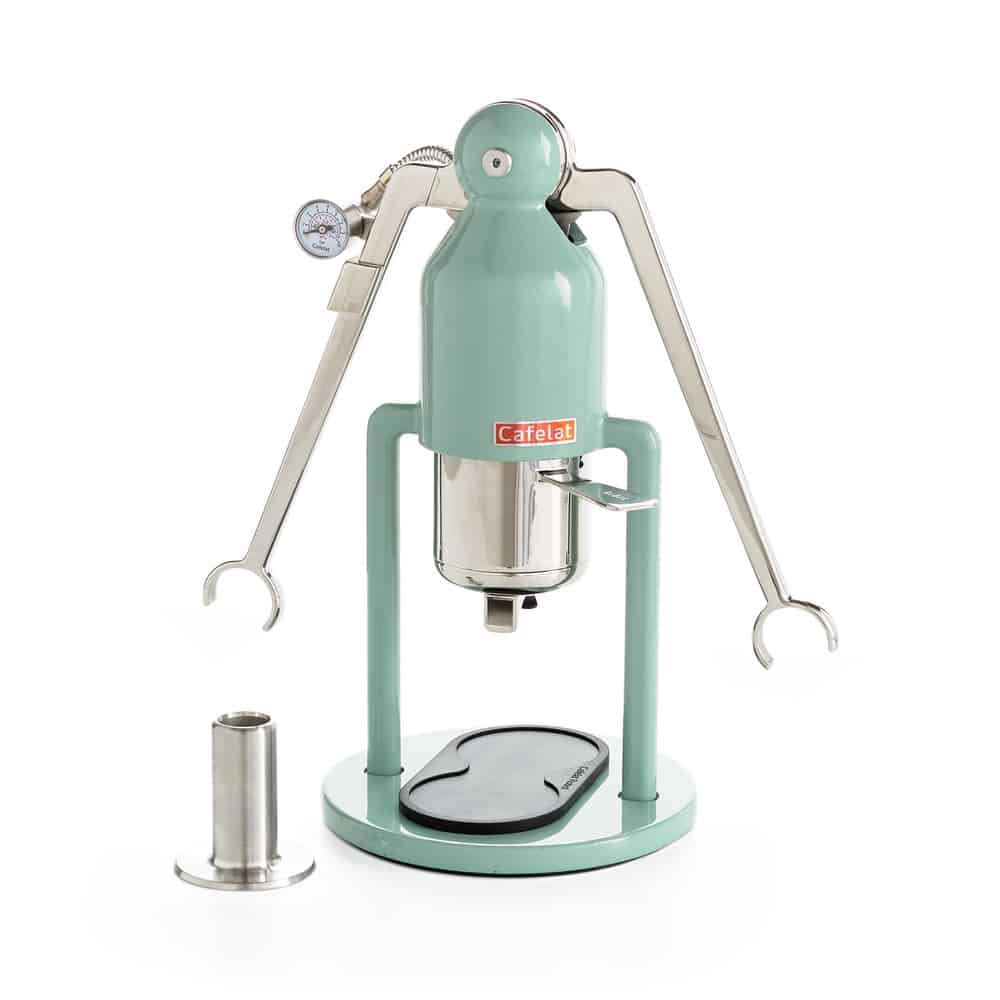 The Cafelat Robot is a striking machine with a classic vintage look. It is available in multiple colors: blue, white, retro green, and red. There are two models available: the basic and the barista– with the main difference being that the barista model has a pressure gauge on it, whereas the basic model does not. Some users have complained about the placement of the pressure gauge, saying it is hard to see. Despite this, we recommend opting for the Barista model as the pressure gauge is very helpful when brewing. The other flaw some users have found in the design is that the base is small, so it is hard to find a scale that will fit under it- the Acacia Lunar scale is one scale that does work. Overall we love the design of the Cafelat Robot and think it will elevate any coffee nook.

Cafelat has put a lot of thought into the Robot’s build and used only high-quality materials creating a well-built and sturdy machine. The body and base are built of die-cast aluminum, while the other metal parts are all stainless steel. The seal on the piston is made of silicone; this is one of the few parts that could wear down but is easy to replace. There is no plastic used in the design at all, which is extremely rare these days. The Cafelat Robot has a unique design where the portafilter doubles as the brew chamber. This helps prevent heat loss which is a common problem with manual espresso machines. Some users have commented that the portafilter feels loose when it’s locked in, and while this is true, the problem disappears once you begin to exert pressure. Overall the simplicity of the design means that there are fewer parts to break down, and it is easier to maintain. 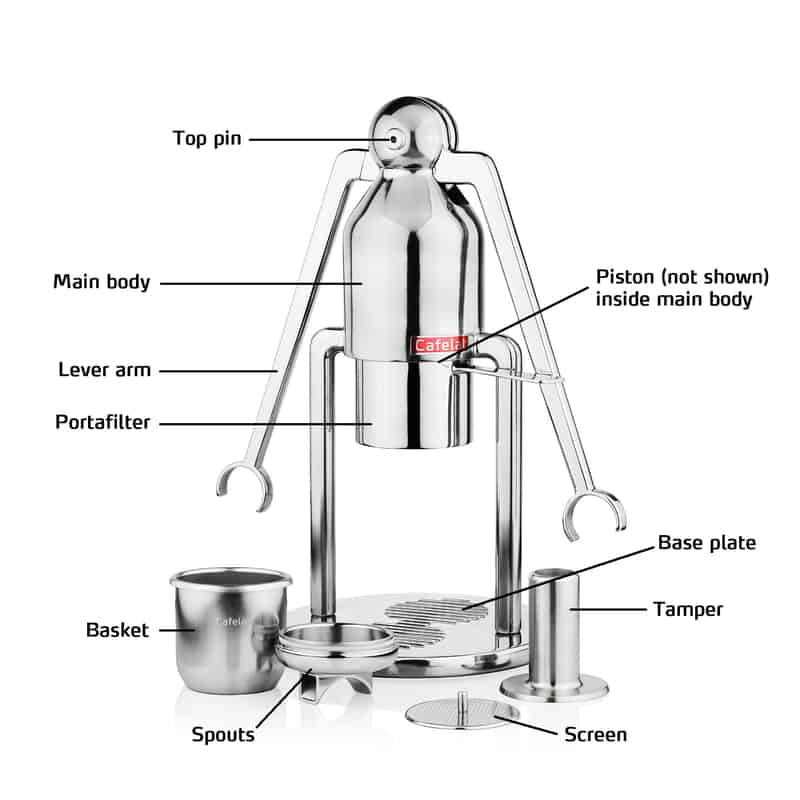 How does the Cafelat Robot Work?

If you haven’t used a manual espresso maker before it can be a bit hard to get your head around how to use them. But the good news is there are tons of YouTube videos detailing how to use the Cafelat Robot. We have summarized the main steps below:

As with most manual espresso machines, the process of brewing espresso is quite fiddly. However, compared to its competitors, the Cafelat Robot is relatively straightforward to brew with. It has a large basket that you can grind directly into. The portafilter that doubles as a brew chamber has good thermal management, so you can get away without preheating the different parts if you are using traditional dark roasts. If you want to brew with lighter roasts, you must still preheat the machine to achieve a delicious shot. If you have the Barista model, the pressure gauge helps ensure you exert the right amount of force during brewing. The only shortcoming is the lever arms. They aren’t the most ergonomic and are a bit uncomfortable to use. Amusingly, Cafelat has designed some ‘robot hands’ which screw onto the ends of the arms to allow for a more comfortable hold.

The Cafelat Robot can produce some pretty tasty espresso; well extracted with good texture and density. That being said- the shots are only as good as the user is. Being able to brew a decent shot with a manual espresso machine requires an in-depth knowledge of brewing. It would help if you also had a capable grinder and quality beans to achieve the best tasting espresso. It may take a bit of trial and error to get used to the machine. Several users have commented that with the Cafelat Robot, it is better to do an early hard press rather than a gentle pre-infusion. Many also find that manual espresso machines work better around 6-7 bars than the typical 9 bars of pressure. Once you understand the workflow of the Cafelat Robot, you will find it can produce espresso on par with espresso makers three to four times the price. 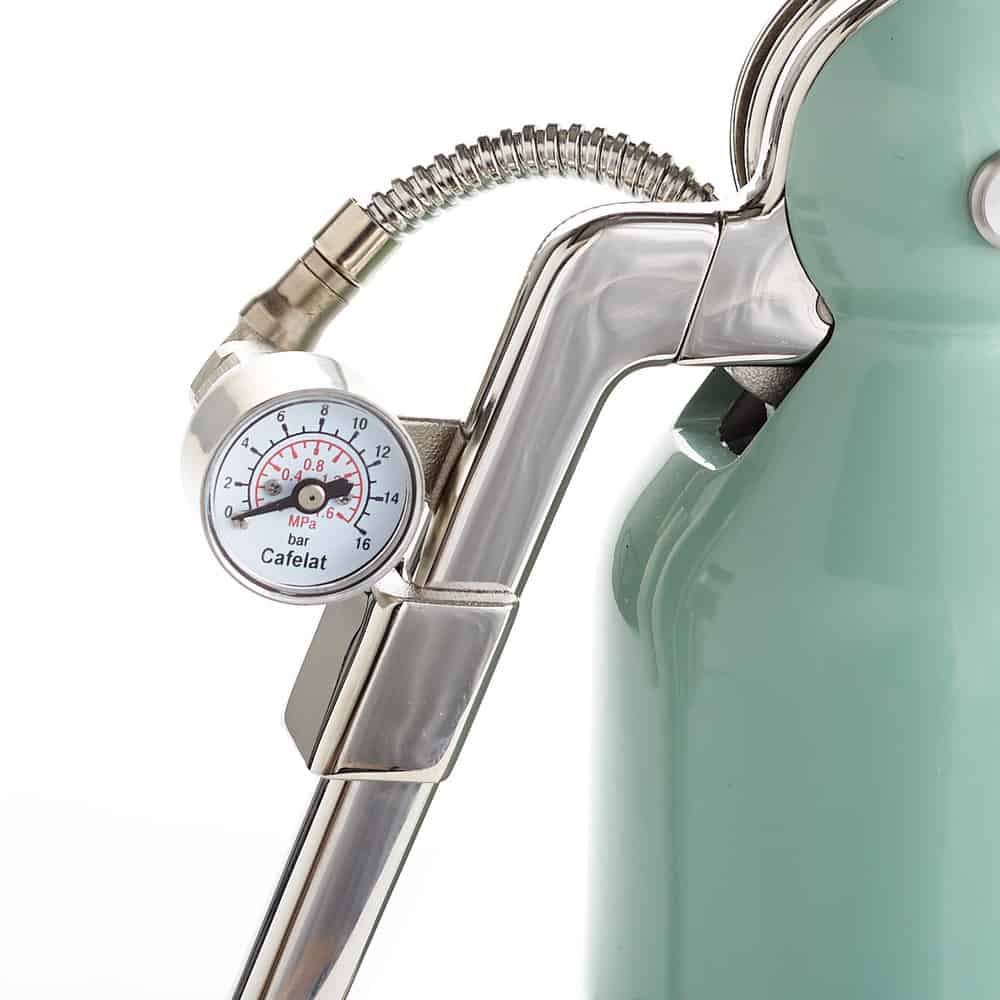 When it comes to cleaning the Cafelat Robot, it is a straightforward process. After pulling your shot, you remove the shower screen, knock out the puck and then clean the brew basket in the sink. Other than that, the piston and the base may need a wipe down, but that’s about it.

If you have done your research, you will know the other leading contender at this price point is the Flair espresso machine. If you are considering the classic Flair, you will find it is a lot more affordable than the Cafelat Robot and maybe a good entry point if you want to have a play around with brewing manual espresso. The Flair Pro 2 is closer in price to the Cafelat Robot. While both machines produce excellent espresso, the Cafelat robot is slightly easier to use, with no preheating required and fewer steps to pull a shot. It also has a more straightforward design with fewer parts that can break down. So we would recommend opting for the Cafelat Robot over the Flair Pro 2.

Who Is The Cafelat Robot For?

The Cafelat Robot is a beautiful, well-built, manual espresso machine suited to the home espresso enthusiast. It is straightforward to use and, with a bit of practice, can produce some excellent espresso.

The Cafelat Robot should be a contender for a spot in the espresso lovers’ coffee kit. It has a combination of beautiful aesthetics and functionality. The design makes it quick and easy to brew with, producing some delicious espresso shots. 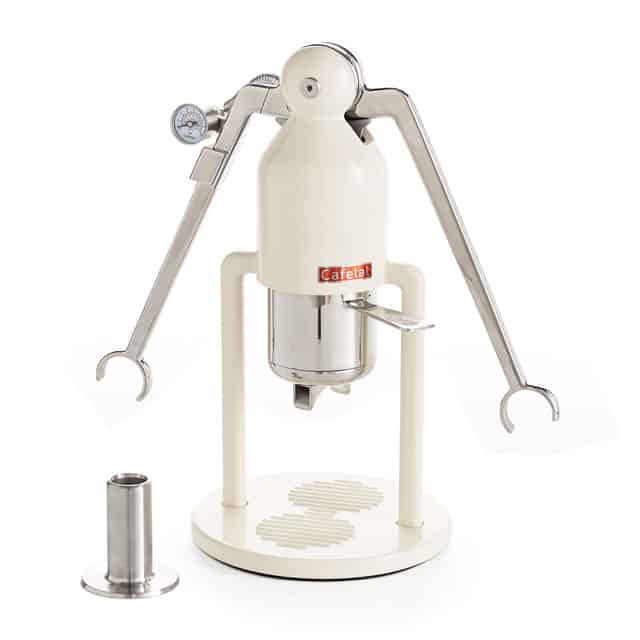 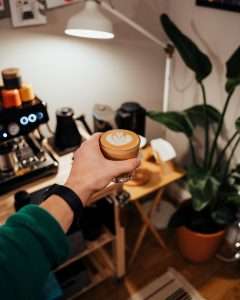 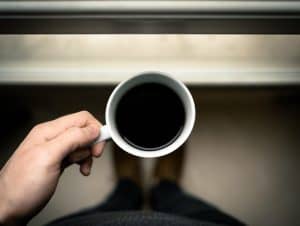 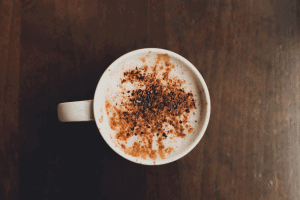